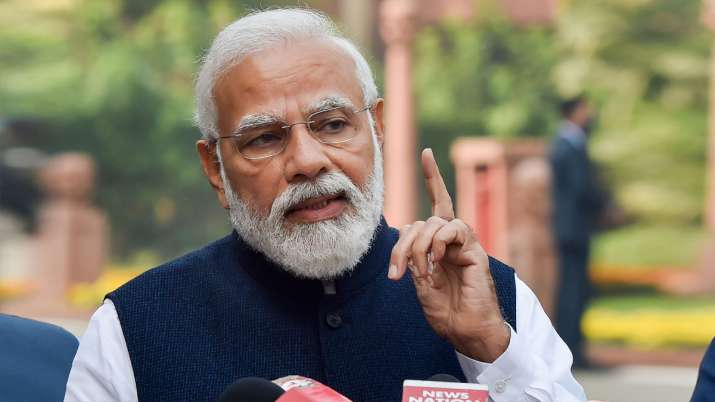 Narendra Modi is the 14th and Current Prime Minister of India, who has served since 2014. He has faced many controversies during his term as Prime Minister, such as the Indian Farmers Protest, an ongoing protest against three farm acts passed by Modi’s government in September 2020. He has also faced criticism due to his actions during the COVID pandemic, leading India to suffer from a large number of cases and low vaccination rates, even encouraging the gathering of large crowds. But, what has he done?

Modi started his political career in 1971, when he became a full-time worker for the Rashtriya Swayamsevak Sangh (RSS) until he went into hiding in 1975 after a State of Emergency was declared. In 1981, he was assigned to the Bharatiya Janata Party (BJP) by the RSS, where he rose to power and eventually became the General Secretary. He was appointed as the Chief Minister of Gujarat in 2001 and his administration was considered to be complicit in the 2002 Gujarat Riots after an arson case in a train in Godhra since his administration did little to nothing to stop the riots. Modi represented the BJP in the 2014 Election, giving the party the majority in the Parliament’s Lower House and he became Prime Minister of India.

Several leaders have criticized his government, calling it the “most corrupt government in the history of India.” He has been accused of lying to citizens and not accomplishing his campaign promises, failing to decrease black money (money obtained illegally). However, this does not mean he has done anything positive in the span of 7 years. While most Indian Prime Ministers only focused on macroeconomics, Modi focused on both macroeconomics and microeconomics, which made the accessibility to clean water and electricity a priority. He also took interest in foreign policy, establishing ties with Bhutan, Nepal, Japan, Myanmar, the United States, Australia, and Fiji.

Congress has accused Modi of covering up corruption, such as not investigating the Rafale fighter jet since it had incriminating documents for Modi about an aircraft for the Indian Air Force. Congress Spokeswoman Pawan Khera stated the government has jeopardized the Indian Air Force and caused the loss of thousands of rupees coming from taxpayers.

He has faced criticism in the past few years due to his policies, such as his new laws on farming and his response to the COVID pandemic.

In 2020, Modi’s government passed several laws that changed the agricultural industry in India. In a country of 1.4 billion people, 501 million work in the agricultural industry, most of which would be devastated due to these laws. The original system varied from state to state, but at a basic level, farmers would bring their products to local wholesale markets, where they sell the crops to traders with open auctions and transparent pricing, which are informed by the Minimum Support Price. Then, the crops are sent to either secondary markets or are stored by the traders. While it seems like a system that could be exploited, it has worked due to the oversight because of the large scale in the agricultural industry. While farmers have begged for systemic reforms for decades due to the lowering value of the agricultural industry and growing debt within farmers, Modi’s government decided to instead dismantle the MSP. This would cause players in the regulated market to move to the unregulated market, causing it to collapse; and, corporations would be able to decide the prices, exploiting the farmers. This caused widespread anger among farmers in India, who protested the laws by blocking streets and highways for months until on November 19, Prime Minister Modi announced the laws would be repealed in December, and on November 29, both Houses in the Indian Parliament passed the Farm Laws Repeal Bill without objections.

Modi has also faced criticism due to his lackluster response to the COVID pandemic. During May, India had 300K new daily cases and 218K deaths as the country’s COVID crisis worsened, although experts feared the number could be higher due to India’s overpopulation. The government failed to prepare for the second wave of COVID, which caused vaccination centers to shut down due to domestic shortages. Domestic shortages affected other areas, including oxygen, causing even more people to pass away because of COVID-19. Despite this, Modi refused a national lockdown because of the consequences on the economy and instead opted to supply hospitals with more resources.

There were also fears of interference from Modi and the BJP during the 2019 General Election in India, with the BBC (2019) reporting that the voting machines were designed by a group of engineers at state-run firms and that the records were not accessible to anyone outside of these groups. In 2011, scientists at the University of Michigan were able to change the results of these voting machines using text messages from their phones. While this does not prove that the election was tampered with, the fears of interference are relatively reasonable, especially considering Modi’s track record and the BJP’s history.

So, what has Modi done during his time as prime president at an economic level? After the Financial Crisis of 2008, the Indian economy started to recover during 2013, but GDP growth started to decelerate during 2016 and 2017 after Modi took charge. Many experts have agreed that the downward spiral started after the government demonetized 86% of India’s currency. Unemployment during 2012 – 2018 was at a 45-year high, as 9 million people became unemployed despite the slow recovery after the recession. Instead of the normal 2 – 3% unemployment rate, India started seeing an unemployment rate of 6 – 7%. This has shown that Modi has not improved the economy nor decreased corruption just as he promised.

While Prime Minister Modi is far from the worst leader in history (that title goes to Adolf Hitler), he is certainly far from the best. What Modi should do is focus on the people instead of keeping himself in power, but at this point, it is very unlikely.