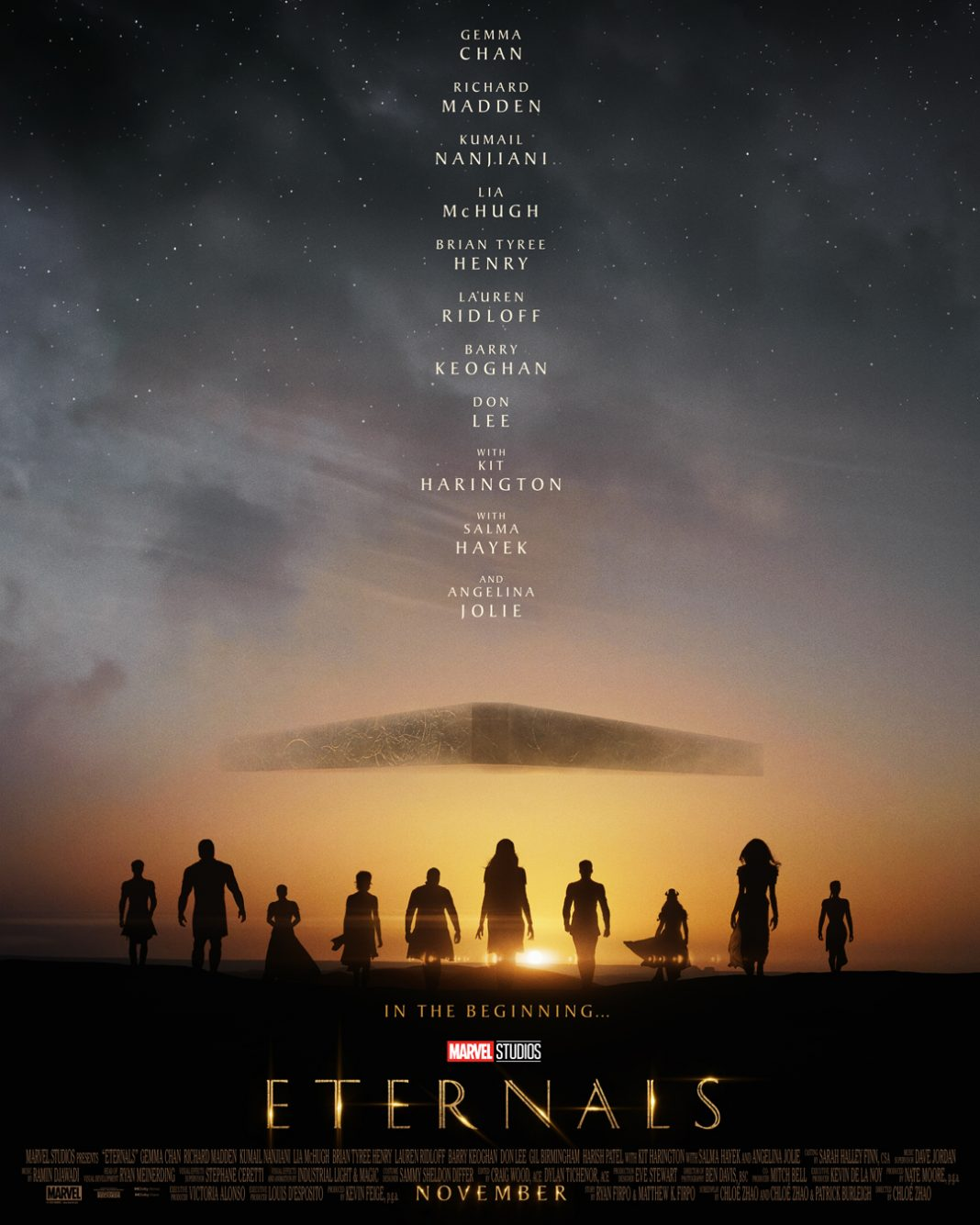 Eternals, premiered on November 5, 2021, is the new Marvel movie directed by Chloé Zao, featuring the actors and actresses: Angelina Jolie, Gemma Chan, Richard Madden, Kumail Nanjiani, Lauren Ridloff, Brian Tyree Henry, Salma Hayek, Lia McHugh, Don Lee, and Kit Harrington. This new Marvel movie has been talked about and criticized a lot lately, due to it being part of the new phase of the MCU Universe and because of the diversity this movie represents.

The Eternals are a team of ancient aliens who have been living on Earth in secret for thousands of years. When an unexpected tragedy forces them out of the shadows, they are forced to reunite against mankind’s most ancient enemy, the Deviants.

To fully understand what the movie is about, it’s preferable for you to know most of the MCU´s story, which will take me a really long time to explain to you. In easy words, the Eternals are a kind of Gods, each with different powers, that have been living on Earth (hidden obviously) for a long time. They stayed on Earth to protect the humanity of a dangerous enemy.

Salma Hayek (September 2, 1966, Coatzacoalcos, Veracruz, México) is an actress and producer mostly known for her role in “Frida”. She started her career in typical Mexican novels. In 1991, Salma moved to LA, California, where she got a part in the movie “Desperado”. This role brought her many more opportunities. She was an executive producer for the Emmy award winner and Oscar nominee “Ugly Betty”. Yes, Salma is a great woman but, why is she so important now that she participated in Marvel? She became the first Lebanese-Mexican actress to have a protagonistic role in Marvel. “I saw my brown face in the superhero costume and when I saw my face I saw your face, I saw my face as a girl who had to have so much courage to dream big,” said Salma, facing a reporter who could not help but cry as well.

Lauren Teruel (April 6, 1978, Illinois, USA), best known as Lauren Ridloff, is an actress known for her role in “Walking Dead”. She was diagnosed as deaf when she was 2 years old. Even though she was deaf, Lauren was able to become a teacher. She then had to leave her job to take care of her two kids. Her participation in Marvel had a big impact due to being the first deaf actress in the MCU, with fans around the world now interested in learning sign language.

First Gay couple in MarvelThis movie has given a lot to talk about but a gay couple in the MCU has definitely been one of the greatest. Even though it is only a small scene, everyone puts their whole attention into it. Bryan Tyree, who plays Phastos, said “I don’t want to sound arrogant, but I feel like Marvel, they were very smart to cast me in it because I got to humanize the hell out of it. I got to humanize an LGBTQ+ family and show how beautiful they are.”