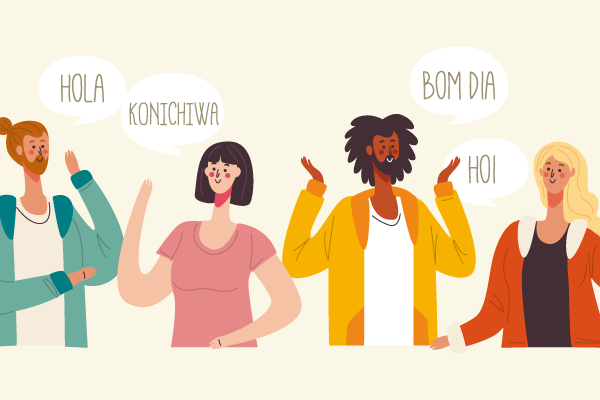 New Horizons offers many programs for students in order to develop certain abilities that can help us students in our future. One of them was their foreign language program, which was included in the morning classes, not as an elective or an extracurricular. I say “was”, because it is no longer included as a morning class, and in general, foreign language is not a class anymore. We students used to have four language options: Portuguese, French, Italian, and Mandarin. We also had the opportunity to choose the language of our preference. Foreign languages start in 5th grade until 10th grade, and it is supposed to be included in the total cost of a school year. Because of Covid-19, we didn’t have it as a morning class, but we had the option to take it in the afternoon, virtually, and for free. However, we expected to have our foreign language classes back this year, but that was not the case.

If we want to continue learning a third language, we must pay an extra cost and take classes in the afternoon. The downside to this is that many of us were very advanced in our language programs when we took it during our morning hours. We started to learn a third language from 5th grade and most of us already had more than three years taking these classes, which is a long time.

There have been many problems regarding this situation, because many parents have not agreed with this decision. According to the mothers of the school, they understand that the language is supposed to be something that is included in the total cost of a school year for students from 5th year onwards, so the school should continue to include language classes. During the summer, when realizing this, the mothers were disgusted by this problem and decided to draw up a letter signed by many mothers for the management, in protest mode.

But the problem has not yet been solved. The most logical solution would be for the classes to be implemented in the regular schedule and not in the afternoons, even if they do it for free, because in the afternoons we already have many activities and even more so that now the artistic electives are mandatory. Therefore, we would not have time to take those classes even if we wanted to. Now, a very important aspect of this issue arises: why is it important that we learn a third language? And the truth is that learning new languages ​​has many benefits.

At school, the vast majority, and especially those of us who have Spanish as our first language, had the privilege of learning English as a second language. Having command of English is very important, because it is one of the most used languages ​​in the world and can help us in many aspects of life besides school. But a third language can be equally important. And it is that despite the fact that the third language options offered by the school are not necessarily spoken in most countries, mentally, learning new languages ​​can provide us with many advantages.

Also, this can improve our logic and understanding. Whenever we learn a new language we try to assimilate it with a language we already know in order to understand it better, and this is another advantage that having a language gives us. Being trilingual also biologically increases the size of our brain. Just as many other muscles in our body enlarge with physical exercise, so does the brain with mental exercise. This increases our capacity for critical thinking, since reading, speaking, and especially learning a new language forces us in some way to think more and understand complex concepts of other languages. Last but not least, it makes us better communicators, expanding our language capabilities, as well as giving us the opportunity to communicate with more people around the world. When it comes to becoming professionals, being able to handle several languages provides more opportunities.

This is why the morning language class schedule should be reconsidered. We can also think about the number of children who may not have the opportunity to have this privilege of learning a third language. Knowing the extra cost and the fact that foreign language classes are included in the total cost of school, not many parents will be willing to pay for afternoon programs. These classes helped us a lot in different aspects, and considering its many benefits and despite the fact that we are not expert speakers of the language, we handle it in a certain way. That is the important thing.