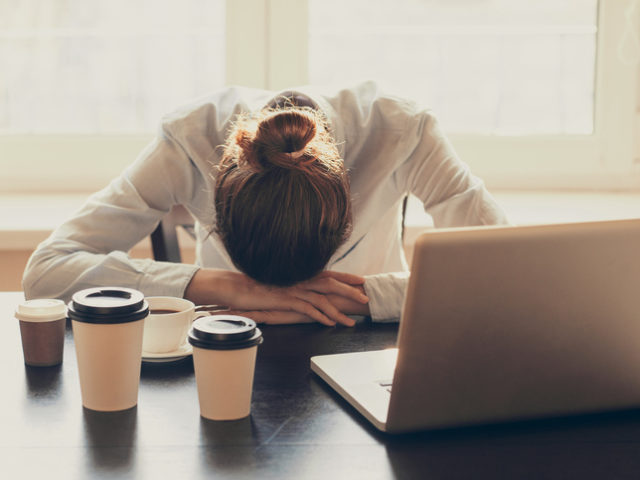 In a previous article, I discussed the biological processes that occur when we sleep. I explained why we sleep during the night and stay awake during the day, and went into full detail about our circadian rhythms. After such extensive research, I wanted to tackle another important question regarding sleep: do we sleep enough? I plan on answering that question throughout the following article.

Personally, I don’t sleep much, or at least, I sleep less than I should. Obviously, I’m aware of the importance of sleep as most of us do, but what impedes us to maintain healthy sleeping habits? Well, a questionnaire was sent out to teenagers from the ages of fourteen to eighteen throughout multiple high schools with the goal of analyzing their sleep tendencies and arriving at a conclusion.

With ninety-four responses, 43.55% of the adolescents said that they sleep approximately four to six hours per night, which is less than the recommended amount by the World Health Organization–a minimum of eight hours. From the data collected, 53% sleep less than six hours two to three times per week. This information is incredibly important because studies have shown that lost sleep gets accumulated over time and it’s not easy to recover. It takes four nights in a row of sleeping the recommended amount to catch up with just one lost hour of sleep. Try doing the math: it’s basically impossible to recover all those sleepless nights that the students are losing because we’re talking about a routine. Each week, they lose roughly six hours of sleep that would take twenty-four nights in a row to recover. Yeah, not happening!

Other interesting data that was drawn were the reasons as to why these high school students are lacking sleep. Parents, beware because it’s not “bad time management” as I’m sure you have implied on multiple occasions, rather, 45% of the students reveal that they have too many responsibilities. Moreover, 55% suggest that they have too much homework. Huh, interesting, right?

Lastly, the teenagers were asked how long it takes them to fall asleep. To this, the majority responded between ten and fifteen minutes. Now, this is a little bit confusing because that is the average range that a person with healthy sleep habits should take. According to doctors, a person who falls asleep under ten minutes is sleep deprived. Therefore, this answer technically suggests that these teenagers possess good sleep health, yet they are on average sleeping less than the recommended. Plus, 60% of the students claimed to be worried about their sleep patterns. This engenders the question: at what point is not sleeping referred to as sleep deprivation?

When we get less sleep than needed—remember those eight hours— or no sleep at all, it’s called sleep deprivation. Yes, even if I sleep seven hours and fifty-five minutes, I will still be considered sleep-deprived. It’s important to understand that our circadian cycle is extremely sensitive and our body heavily relies on the proper functioning of this. For most people, a few hours of lost sleep isn’t a cause for concern. Nonetheless, frequent or prolonged sleep deprivation can cause serious health issues. Lack of sleep can lead to poor cognitive function, increased inflammation, and reduced immune function. Besides, it increases our risks for chronic diseases.

Nowadays, teenagers are being raised within the hustle culture–the state of overworking to the point that it becomes a lifestyle. This is toxic behavior because to be in a “go hard or go home” mindset puts the body under constant stress. It is unhealthy and unrealistic to set 24/7 tasks in order to be productive. Humans need rest. Actually, no. All living things need a break. The hustle culture is influencing our lack of respect towards our bodies; we barely sleep, eat whatever we can find, and these high levels of stress are harmful to our health. As future professionals and citizens of this community, we have the responsibility to take care of ourselves first. I know it’s hard–believe me, I deal with this predicament on a daily basis–but it’s necessary. Younger generations are being raised with the mindset of “sleeping when they are dead”. Guess what? If we don’t sleep then we’ll probably be dead very soon because of negligence and stubbornness. Health is the most important thing that exists, so please, I exhort all of us to take care of it.

Ultimately, sometimes we will need to make sacrifices because of our well-being, and there is nothing wrong with that. We just need to find an effective school/rest balance: Sleep in, workout, take a break. We deserve it.